Cam Newton and the Carolina Panthers are going to battle against a very solid Philadephia Eagles team. Carson Wentz has been good for the Eagles, and their defense has been a surprise. This will be quite the test for the Eagles though, as Newton seems to be playing his best football since his MVP season of 2015. He has quality weapons, with Christian McCaffrey coming out of the back field, along with Kelvin Benjamin, and Devin Funchess enjoying a breakout season. Look for Carolina to grab this win, and move to 5-1 on the season with a primetime win.

CLICK HERE TO BET ON WEEK 6 OF THE NFL

This does not seem like it will be a competitive football game. Yes, I remember the Baltimore Ravens trip to London, where the Jacksonville Jaguars buried them. But, the Chicago Bears are not very good. The Bears turn the ball over way too much, and Baltimore is a team that will capitalize on those turnovers. Joe Flacco certainly has not been lights out, but he is going to be good enough to beat one of the worst teams in the league. Look for Baltimore to win this game by double digits on Sunday. 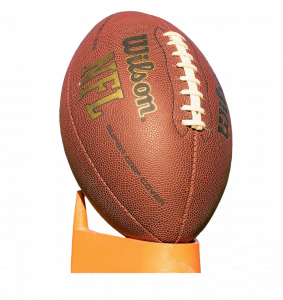 Sometimes when you are trying to decide who to bet on in a certain game, you have to look at just the quarterback and make your bet from there. AAron Rodgers against Case Keenum. You make the call. The spread is just a field goal. That does not seem very accurate. Rodgers showed the Cowboys why he is one of the best of all time last weekend. Look for Rodgers to have another terrific game here. The Green Bay Packers are going to win, likely by a touchdown over the Minnesota Vikings on Sunday.

The New England Patriots are going to want to come into this game, and walk away from this game showing the New York Jets who is the boss in the AFC East. These two teams are tied, along with the Bills at the top of the division. Tom Brady is fantastic, and will have a field day against a mediocre at best defense in the Jets. The Patriots defense may have struggled in several games this season, but against the Jets – they will be just fine. New England bottles up the New York offense, and wins by double digits.

The trendy, sexy team in the National Football League is the Jacksonville Jaguars. The Jaguars are coming off a blowout, upset win on the road at the Pittsburgh Steelers. Now, they are at home taking on another trendy team in the Los Angeles Rams. If Blake Bortles can stay out of his own way, Jacksonville can and should win this game. The Jaguars with the ability to run the football with Leonard Fournette, and the talented defense for Jacksonville will guide to a win. Take the Jaguars over the Rams at home.

The New York Giants may be the worst National Football League offensive roster that I have ever seen. Eli Manning is the quarterback, and we all know he needs talent to be successful at all. Who else is talented on that 2017 current roster? You will not find many. Odell Beckham Jr and Brandon Marshall are both out of the reason. The Giants may tank and grab the top pick in the draft. They also may fire Ben McAdoo. The Broncos have not even been discussed – oh – they are rested up for this game. Dumpster fire for the Giants. Take the Broncos.

I hope you enjoyed the look at the top six betting favorites to wager on (at Bet365) during week 6 of the NFL.

Tee Off This Week With Some Quality Open Golf Championship Tips